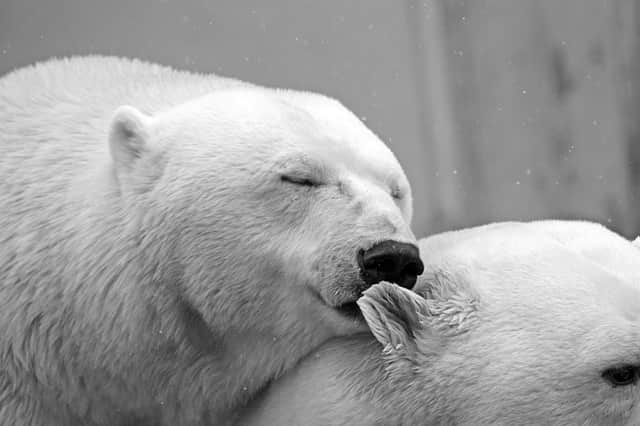 [nextpage]
Whether a relationship lives or dies largely depends on the individuals involved. What is seen to be an insurmountable relationship killer by one person will just be a minor challenge to another.

Take infidelity for example, some relationships survive and even thrive by acknowledging either one or even both partners will seek sexual fulfilment, in part, outside the marriage but as a whole fidelity is paramount for a healthy marriage.

I was listening to the radio the other day when a girl stated that whether her marriage went ahead or not depended on how accurately her fiancée could answer questions about her. I don’t know about you but if I had expected my partner to know all my likes and dislikes before we got married our relationship would have been dead in the water. As it is we wouldn’t have been without each other for the past 20 years.

Marriages have even broken up over one of the partners forgetting a birthday or an anniversary. I must confess that I don’t really want to be reminded of how quickly the years are passing me by and I’m equally prone to over looking special dates as my partner. What is more important to me is how we relate to each other throughout our lives and not just on one or two days of the year.

As you can see, what would totally destroy one marriage is perfectly acceptable in another it just depends on the characteristics of the individuals involved and, in some cases, the timing of events.

• One of the biggest relationship killers is most definitely infidelity. Many people struggle to understand and come to terms with such a betrayal but more importantly, struggle to regain the trust.

• Abuse is something which is tolerated far too often. No one should have to be subjected to any kind of physical, emotional or financial abuse. I only have one bit of advice to someone who is in an abusive relationship, get out, even if the abuse is only occasional. Even occasional abuse is unacceptable and it will only get worse. You can always return if and when they have sorted themselves out but no matter how much you have been promised that it will never happen again it always will unless you take a stand.

• Trust is so important in any relationship. If trust doesn’t exist it is very difficult to keep a relationship alive. Infidelity, gambling, drinking, drugs and financial spending are all strong and compelling reasons for not trusting your partner (among many others). A marriage can only usually be saved if the reason for the lack of trust is eliminated and both parties are prepared to forgive and forget. Unless you can let go of the past you cannot look to the future.

• Jealousy can often exist is cases when one partner is still friendly with someone they used to have a relationship with or when a new baby comes along and all ‘couple’ time is eliminated or step parents can be jealous of their partners relationship with their children.

Obviously the source of the jealousy can’t always be eliminated, you can sometimes stop seeing previous partners but you can’t exactly throw the baby out the window or banish the step children. Resolving jealousy comes back to communication, discussing and understanding the reasons for the jealousy and jointly devising an action plan to over come it.

• All too often the initial romance of any relationship often clouds people’s judgement when it comes to what both partners want out of life. A simple example is children, how many women get married knowing that they don’t want children or don’t want children any time soon but don’t communicate this to their partner. It is so important to be totally upfront. Other issues sometimes develop when one partner is far more ambitious than the other or just wants different things out of life. Unless your dreams of a perfect marriage are on the same playing field then it’s often a ticket to disaster. Couples need to be totally upfront and honest with each other both before and after marriage to ensure that the dreams and desires of both parties are met and fulfilled.

• Financial issues put a great strain on any relationship. Couples often divorce due to lack of money when all they really need to do is solve the core problem. And statistics obviously show that finance is far more of an issue once you are divorced. I was watching a programme the other day and this couple had survived 15 years living with parents while they saved up for a house. Enough to put a strain on any marriage. However, what I then realised was that they had three children, one of which was probably conceived very early on, and the wife had stayed at home to look after them. This left me thinking, wouldn’t their life have been much easier and wouldn’t that house have come quite early on in the marriage if they had just delayed their plans for a family and both worked for a deposit in those first couple of years. As it happened, their marriage actually survived the 15 years but how many others would have?

• To many it sounds strange, but a lot of married couples feel lonely, especially when their partners work long hours and/or spend periods of time away from home. Sometimes a partner will head to the pub, to the gym or to a mate’s, after work, or I know of many golfers who take a week or even two of their annual holiday to go off golfing without their family. In any relation ship there has to be a balance between work, personnel time and family / couple time.

• Lack of intimacy can often make people feel worthless, unwanted and unloved. Even if sexual relations have diminished or ceased a relationship can still survive through other types of intimacy, a kiss, a cuddle or a caress. Once intimacy ceases in any form partners often feel that they are no longer desired and it is inevitable that people who need an element of intimacy will seek affection else where.

• Many people often say they think their marriage is over when they no longer feel that they are that special person in their partner’s lives. It can become a real big deal when a couple settles down into married life and the romancing comes to an end. No more flowers, romantic diners, endless conversations while you learn all about each other. Perhaps the presents have stopped or less effort is put into making each other happy or children have taken priority. Of course the answer is so much simpler than heading for the divorce courts, just start making an effort and spend more quality time as a couple, bring the good times back. After all that’s just what you’d have to do if you were to start all over and how often to people realise far too late that the grass wasn’t greener.

• The break up of long term marriages can often be as a result of the children leaving home. Couples often have children early on in the marriage from which time their lives totally revolve around the children. Once the children have grown up and left home the parents are no longer comfortable with each others company and just don’t know what to do as a couple. As the children get older it is vital that couples start spending more time together no matter how difficult it is and learn to enjoy each others company without the children.

• Letting yourself go can be a real relationship killer especially if you were really good looking when you got married. If just one partner gets too comfortable in the relationship and feels they no longer need to make an effort it can become a major negative to the future of the marriage.

This is but a short list of reasons why marriages might fail and just because something on the list will destroy one marriage it doesn’t mean to say it will destroy another. Like people, all marriages are unique, the real key to saving your marriage is, understanding what is causing you to feel that your marriage is failing, recognising what action you need to take to put it right and having the determination and the desire to do so.

For almost every possible relationship killer learning how to communicate is critical, if you truly want to save your marriage.